HomediscipleshipTolkien Tape Tells Inside Secrets of L.O.T.R. But What About Other Christian Wizards' Lost Tapes?

Tolkien Tape Tells Inside Secrets of L.O.T.R. But What About Other Christian Wizards' Lost Tapes?

“The spirit of wickedness in high places is so powerful and so many headed in its incarnations that it seems there is nothing to do personally but to refuse to worship the hydra heads – the world is like a babel of confusion.”
–J.R.R. Tolkien, a later quote after the 1960’s, way after writing the Lord of the Rings. Right now the Web is abuzz with the release of a new recording, long lost for many ages, of Tolkien’s voice talking about an obvious allegory to the New World Order and the Global Elite.  His colleague C.S. Lewis similarly wrote about this in the Space Trilogy, referring to them  as N.I.C.E.
But my take on this revere for Tolkien’s long lost recording is this:  why aren’t people equally excited about the Spiritual Mystics and “wizards” of God’s recordings resurfacing?

I was thrilled to find Rufus Moseley‘s recordings, and Glenn Clark, and even my own grandfather Don Basham’s sermons.  Certainly there must be many more of the mystics of old that had their recordings transferred from tape to digital and uploaded to the Net.
If you or anyone you know has access to these kinds of materials, do share, pray tell!  The World awaits!  Especially the awakening church! 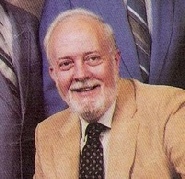 I would like to add another word after listening to some more of my Papa’s messages.  Don Basham in particular was the exact kind of stuff the Rising Occult Government hates the most: someone who encourages family, strong fathers, and masculinity in general.  It’s obvious the Enemy hated him and wanted him removed from this planet, but like Obi Wan, has certainly “become more powerful than the darkside could possibly imagine” as a result.   I am so thankful for Youtube and the chance to put some of his sermons, actually most of them online.  What a thrill that more and more people are joining the Info War and also the SPIRIT War now, and doing what they can to share the truth that they’ve been entrusted with.

At a Taoist Temple Dedicated to the Goddess Mazu in Taiwan – DIARY OF A CHRISTIAN! 在媽祖的廟（板橋）

Why Must We Keep Ourselves in the Love of God?

The Church Militants: Everlasting Broadcast and Escape from Paganism with Supernatural Encounters in Asia-Land

Your ship is sinking. When will you know?

In honor of all Spirit Warriors

Jesus had a Secret…?

Why is the Passing of Thailand's King a Big Deal?

An informative and entertaining video showing the activities and work of; TFI (The Family International)